Five Indian players are in the lead in their respective categories with five points at the end of the fifth round in the 2015 FIDE World Youth and Cadet Chess Championships, which is being held at Porto Carras in Greece. Praggnanandhaa R (U10 boys), Dev Shah (U8 boys), Varshini V (U18 girls), Divya Deshmukh (U10 girls) and Savitha Shri B (U8 girls) are the leading Indians in their respective categories with 100 per cent score. Six rounds remain to be played in this world event. 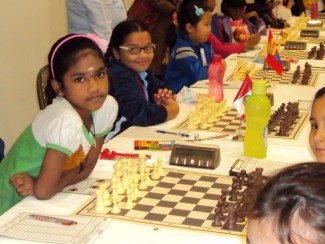