Total 234 players participated from 22 states of the countries, 140 Players including 3 IMs in Open section   and 94 players in Girls Section have participated in the National U-18 Chess championship 2022.

In the first round all seeded players won smoothly but in 2nd round Keerthi Ganta  lost to Sevitha Viju M both are of Telengana.Most miserable moment in the event in Girls section Top seed L Jyothsna of Tamilnadu withdrawn from event due to health condition in 6th round.

In the girls section WFM Bhagyashree Patil sailed her journey very smooth till 6th round.

In the 7th round GM elect Bharath Subramaniyam H lost to IM L R Srihari on 1st board where as Soham Kamotra of J&K beat Avinash Ramesh of TN.

At the end of 10th round in open  section Soham Kamotra of J&K clear .5 point ahead of his nearest rival IM L Srihari of TN. In the girls section Bhagyashree Patil of Maharastra secured his Championship Title 2 rounds before. Clear 1.5 points ahead of her nearest rival V Rindhiya of TN. Rindhiya V and Kanishka S both of TN placed 2nd & third and richer by Rs. 70000/- & Rs. 58000/- respectively.

Soham Kamotra of J&K became Champion and bagged the same amount. He is the first ever from J&K who bagged the championship Title in respect of any National Chess Event.

The tournament was going on smoothly throughout all the rounds . Hall was beautiful, airy spacius and sufficient space for the palyers. There were no disputes/protests placed before the Appeals’ Committee. All deputy Arbiters, volunteers and all supporting staff were worked hard during the whole period of the  tournament. The Organisers provided free food & lodging to all participants & also guardians/Parents.

It may be mentioned here the organiser i.e. Coimbatore District Chess Association deserves to organise any National/ International Chess Event in every year. 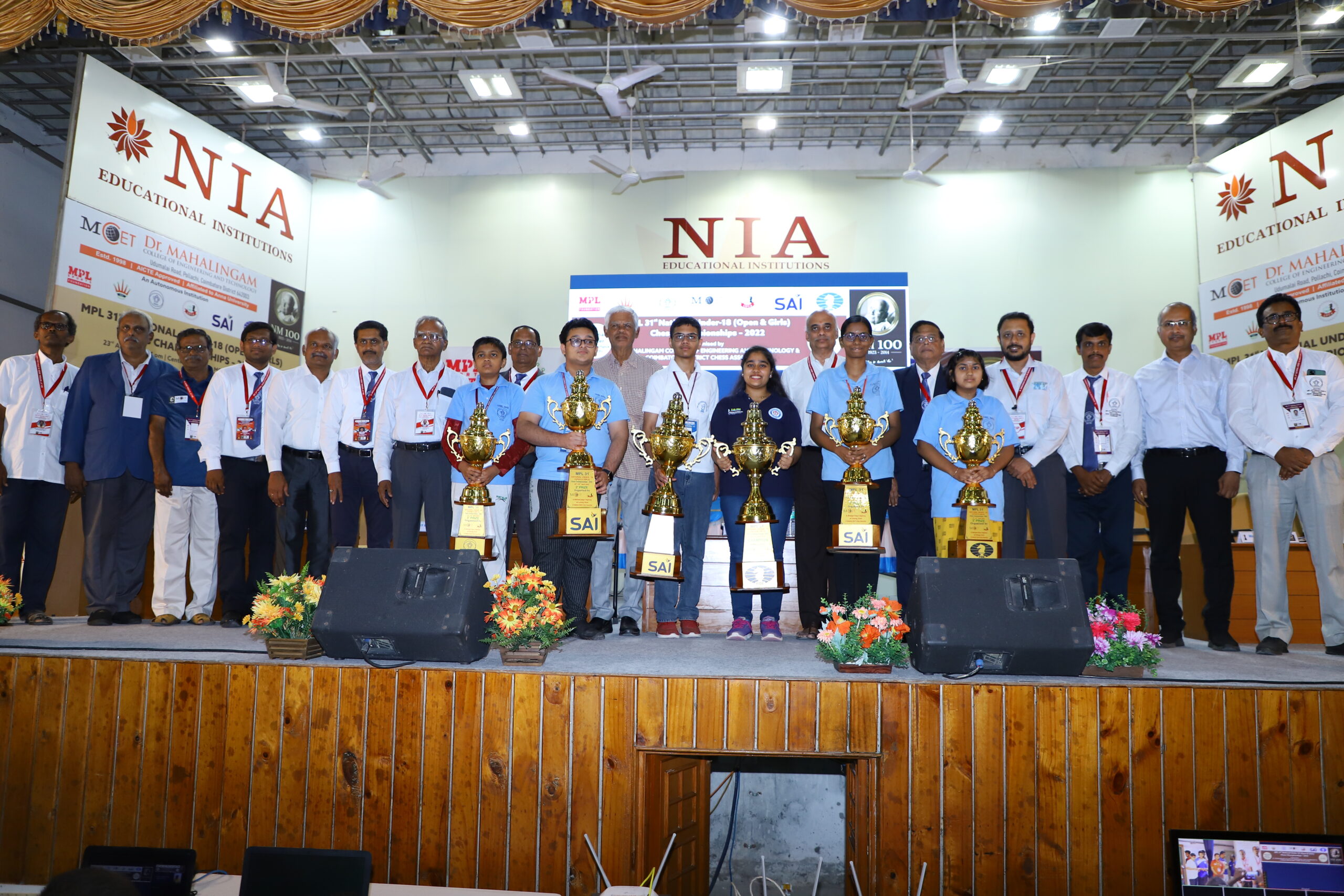 Medical Evaluation of the age of Chess Players will be held at Chennai on 6th and 7th June, 2022